FOR IMMEDIATE RELEASE No. 3104

TOKYO, May 11, 2017 - Mitsubishi Electric Corporation (TOKYO: 6503) announced today that it has launched two new LV100-type X-Series HVIGBT modules sequentially in September. The modules, which will offer the highest power density available on the market, will enable inverter systems to achieve increased power output and efficiency, as well as more flexible configurations and higher reliability. In addition, further line-up of SiC modules is planned in order. Mitsubishi Electric's HVIGBT modules play a vital role in controlling power conversion in industrial electronic systems for railways, power transmission and other large industrial application.


The new modules will be exhibited at Power Conversion and Intelligent Motion (PCIM) Europe 2017 in Nuremberg, Germany from May 16 to 18 and PCIM Asia 2017 in Shanghai, China from June 27 to 29. 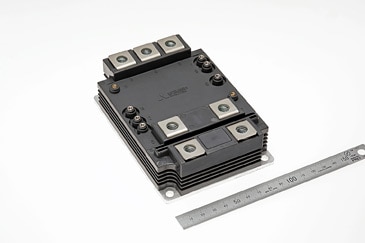